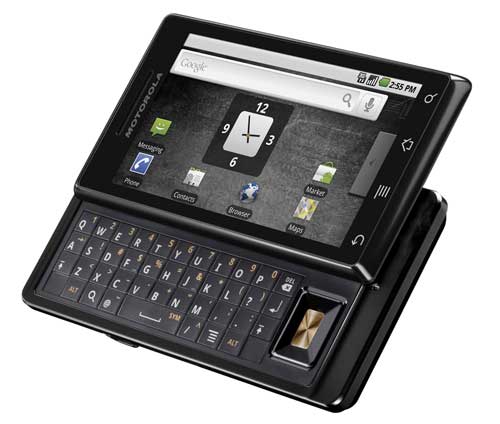 First impressions of the Motorola Milestone

My biggest concern when I bought this phone was how it would compare the iPhone. I didn’t want to be taking a step backward in terms of usability and features. I shouldn’t have worried though; this phone is superb.

The open nature is a breath of fresh air. I didn’t need iTunes to set it up or add music. I can install any apps I want. Nothing is locked down and its a genuine UK phone that costs half that of buying a new iPhone here! I wont even comment on the build quality as it is one of the most solid devices I have ever used. It was literally thrown across the kitchen tiles (by accident, not a test!) and there is not a single mark on it.

Other than killing the battery one morning after experimenting with email syncing on an account that didn’t exist, there have been no major problems. The slideout keyboard could be a little bigger, but that’s solved by the touchscreen! I’m not sure what the D-pad is for yet… perhaps the NES simulator? The usb socket is not the same as any of my cables so I am limited to the one supplied at the moment, I have the docks on order but they are currently out of stock. These are all minor gripes that could be equalled twice over with iPhone related annoyances. If this phone receives the Android 2.1 upgrade, as per the Nexus One, it will be hard to beat.

I’m so impressed up to this point that the next Apple phone would have to be something very special to entice me back… of course, that is what they do best!

As with any phone these days, it is only as useful as the apps you have installed. After setting up Google Checkout, purchases from the Market are super simple (Though I only have 1 paid-for app). In addition to some notable Apps such as Goggles, My Tracks and a barcode scanner, I have installed the following to date with no problems.

I use WordPress a lot, this app does exactly what it says on the tin! Mobile blogging!

With a 5MP camera, some editing is required. Photoshop Mobile fits the bill!

Being a devoted Twitter user, I have currently settled on Seesmic as the tweet tool of choice. This space is constantly changing so it will be interesting to see the developments.

This is a trip tracking, photo linking note taking app for when you are out an about. This is the first app I purchased as I wanted the full version. It is also available on iPhone but with Multitasking, I can listen to music and use the phone without losing my track!

This is a slick app still under heavy development. I dont get out running much, but if I do, I’ll be running with this app… and music… and twitter (I am quite happy with this multitasking thing)!

I used the iPhone camera a lot, especially for Flickr/Twitter type shots. The Milestone has a 5MP camera that has had a lot of pixel-peepers stating why they wouldn’t trade in their SLR’s for one. Luckiliy, I use the camera for snap-shots and was not looking for a prosumer camera (would be cool though) and I have found that the camera delivers exactly what it needs to do. The image below was taken in contrasting light, click it to see the full version from Flickr!

I have so far concluded that I like the freedom provided by the Android platform. I have found the apps I needed to match what I did on the iPhone, sure there are only 16,000 to choose from not 100,000 but to be honest, I only need about 10! Essentially, after a few weeks, I don’t regret the decision to switch phones, if anything changes, I’ll note it here. Now I need to write my App!