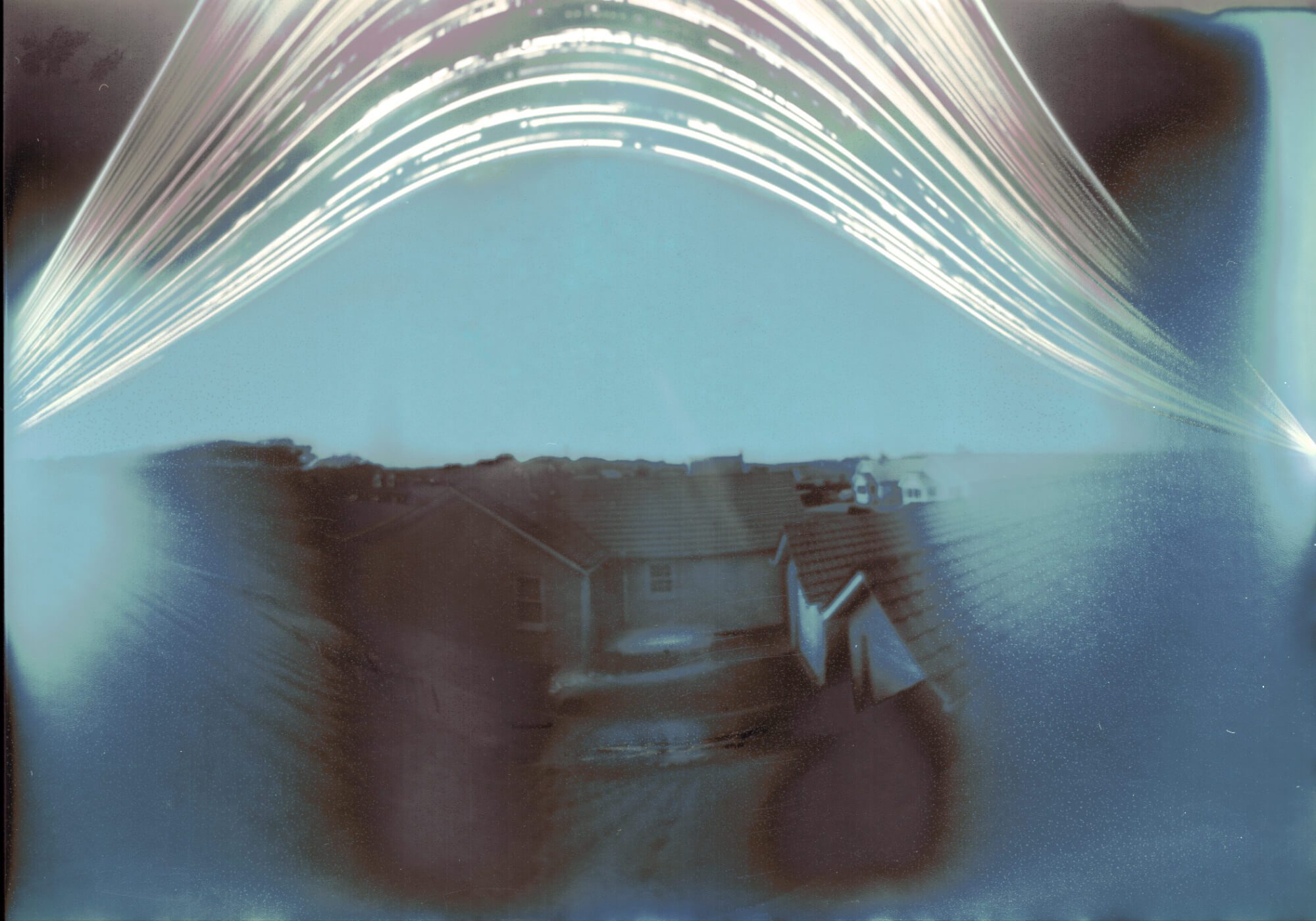 Some years ago I funded a project on Kickstarter for an interesting product called “Solarcan“. In essence, it is a beer can with a sheet of photographic paper inside. Rather than pull the top off and drink, you simply pull off a sticker to reveal a small pinhole on the side. Over time, this pinhole exposes the paper inside and voila, art. I had four in the box that arrived. I gave one away and used a couple myself. This photo was taken from the roof of a house on the west coast of Guernsey. It was a 4-month exposure from March to July.

I’ve got a plan for an exposure to run from Solstice to Solstice which may be interesting as it will (should) show the full range of the sun’s motion over the year. I thought I’d already completed this but I can’t find the can or the scan-of-the-can so it may have gone missing. I’ve only got one more go if I can find the last can. I’m not having much luck with this.