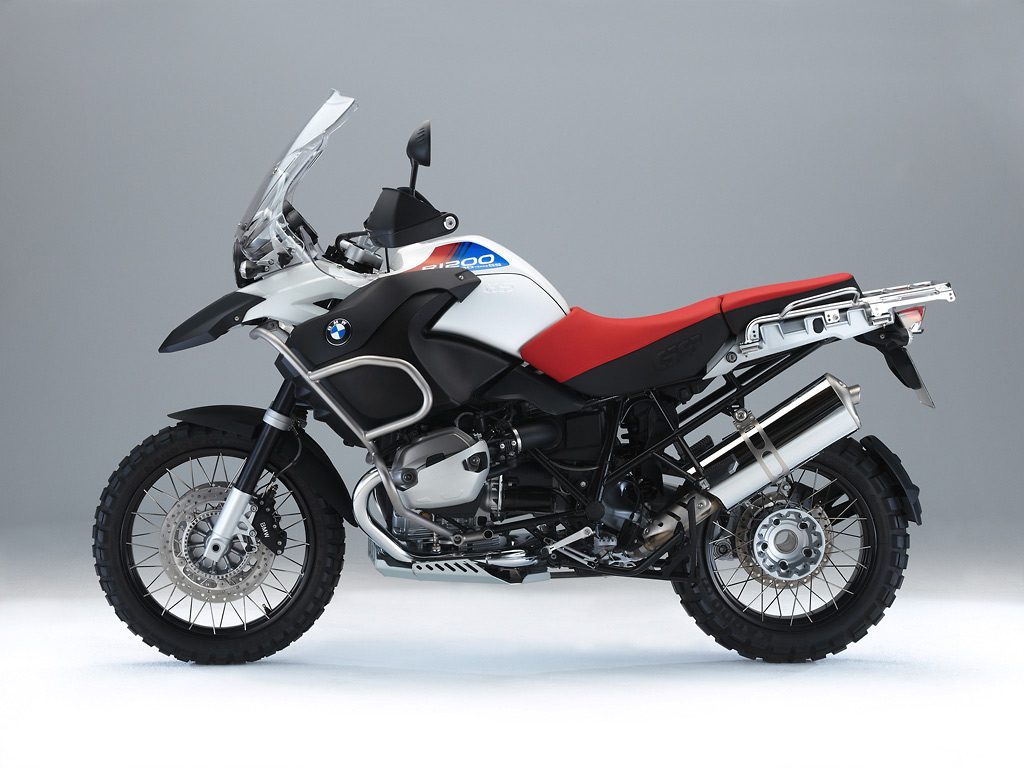 The road to adventure

For the past few years I have been permanently on the verge of buying a new BMW motor bike. There was always a financial or “other” practical reason to put it off though. Nothing has changed in that respect but BMW have just released a special edition range called “30 years GS”. As you can probably guess, these celebrate the 30 year heritage of the GS bikes.

As soon as I saw the bikes I liked the styling. As soon as I discovered that BMW had an offer of free luggage, I placed an order!

The image above is the official BMW photo of the bike, the image below is one I took when I popped into the garage to see if I could see it anywhere. Yes, I believe that is actually my bike with every possible factory option and only 9 miles on the clock!

The R 1200 GS Adventure ‘30 Years GS’ model celebrates the anniversary of the most successful BMW model series ever. In 1980, BMW Motorrad launched an entirely new type of motorcycle, with both on and off road capability, a powerful engine and a robust chassis – the GS class was born.

The R 1200 GS Adventure is the successor of the R 80 GS Paris-Dakar model , which increased its long-distance capabilities with an enlarged fuel tank. Today, the ‘Adventure’ represents the crowning glory of the GS idea – and is for all those of you who just can’t travel far enough. The special edition model features white bodywork with red & blue ‘30 Years GS’ graphic, red seat with three-dimensional embossed GS logo, large hand protectors and aluminium engine guard.

With any luck, I will get the bike in the next few days… just need to be calm about it! I’m sure there will be plenty to write about after that!