The Perseid meteor shower occurs every August when Earth encounters particles of dust and debris from the tail of a comet (109P/Swift-Tuttle) in its orbit around the Sun. When these particles collide with the Earth’s atmosphere, they burn up causing bright flashes and streaks in the night sky. This is a great time to be out looking for shooting stars!

Due to regular cloud cover and an unplanned party, I didn’t get to spend as much time watching as I’d have liked to. I did manage to throw the camera outside and get these though using a modified (to fit an EF mount) Canon 10mm EF-S lens. 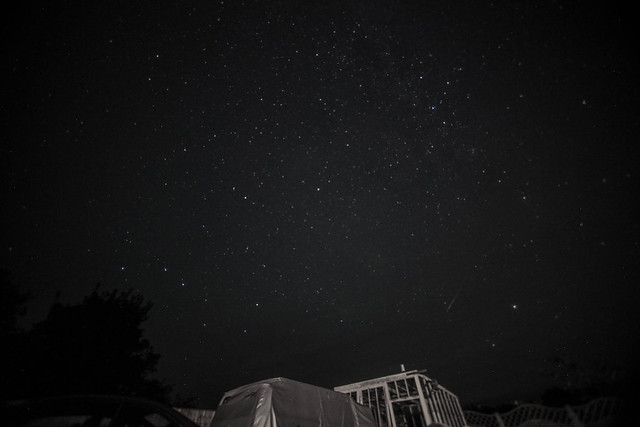 This is a cropped version of the above image. 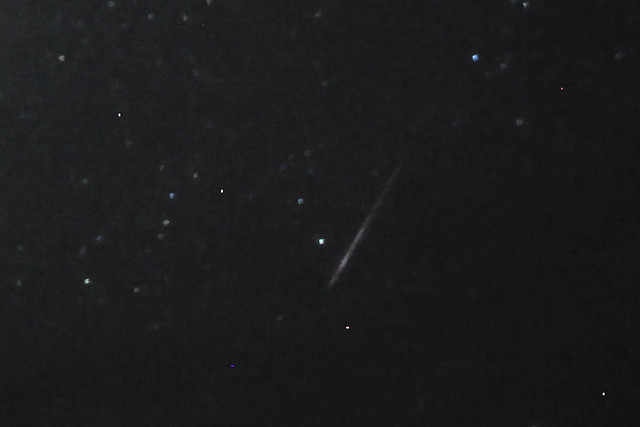 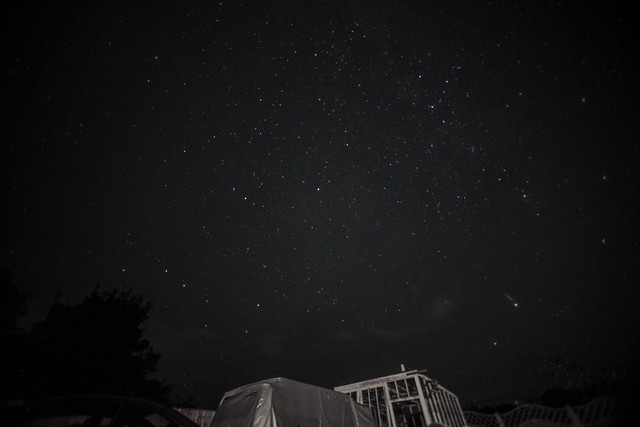 Can you spot the satellite passing overhead? 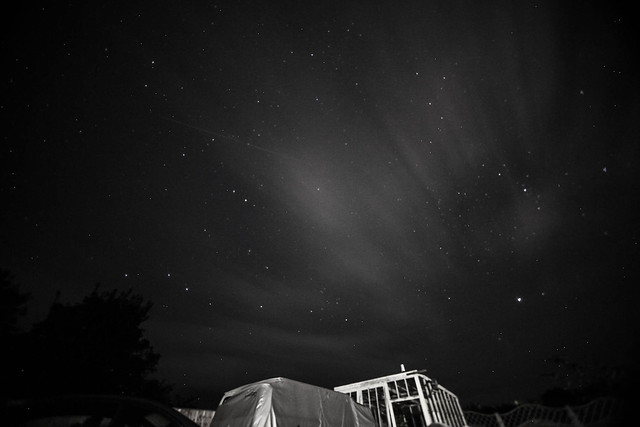 And to finish off, I put all the images taken over the couple of hours into an eight second timelapse sequence.