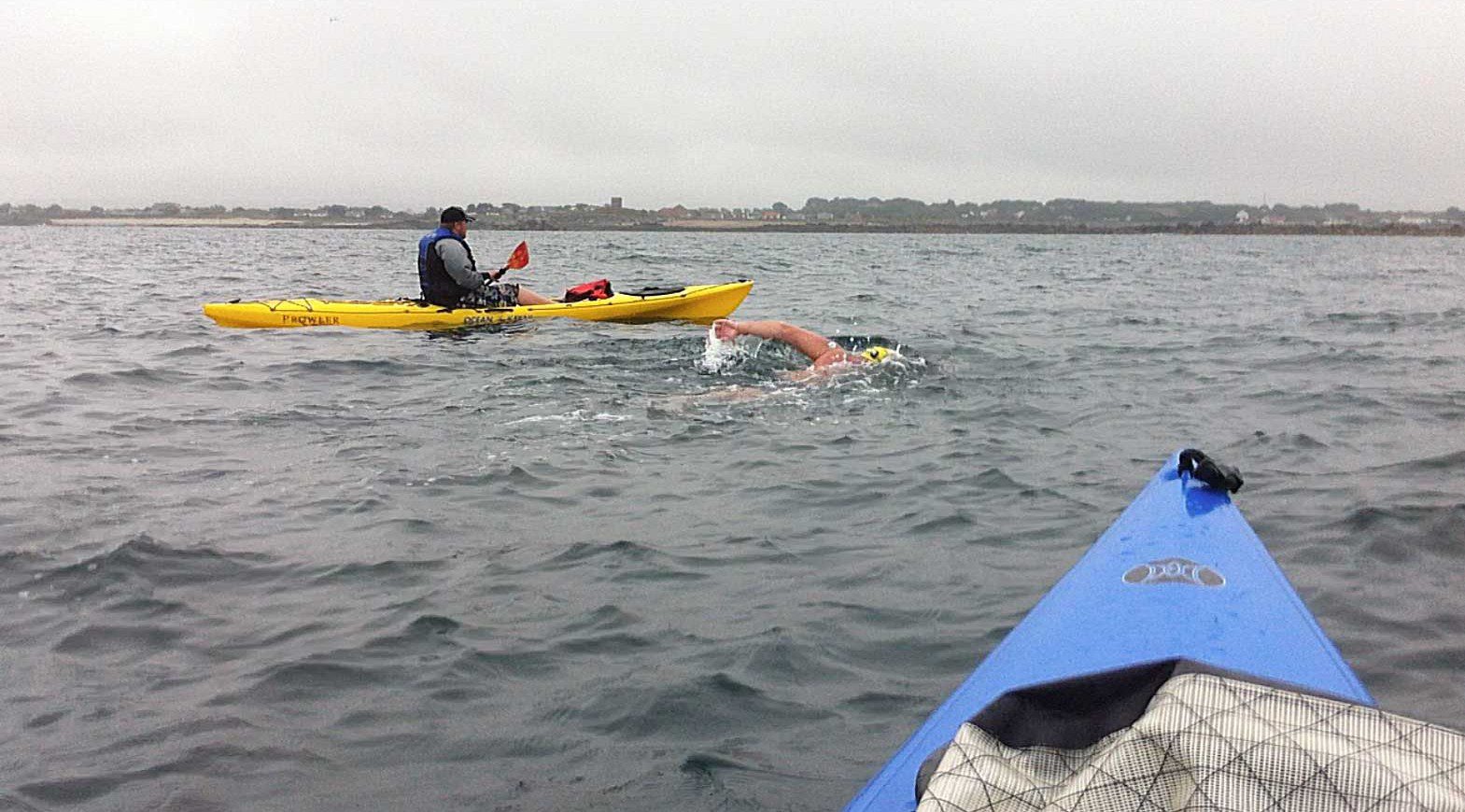 The weather wasn’t very promising when we met by the harbour at 7.30AM on Saturday. It was foggy, slightly drizzly and seemed quite bleak. I’m sure it was just the memory of a warm cozy bed that made me think it would be a good idea to go straight back there because as soon as we were all together, the anticipation of what we were doing there hit home. We were there to support Ady, the crazy swimmer, with our kayaks as he attempted to swim around the island of Guernsey. Who’d rather be in bed when something like that is going on!?

At 8.10AM, we left the breakwater in St Peter Port and headed North. The weather stayed cloudy but the fog lifted. Ady was joined by a support swimmer and together they set a good pace up the coast. We spent some time working up a system to help the swimmers keep on course and generally tried to keep between them and any other traffic out there. Luckily we also had a support boat that kept itself between us and the other traffic. 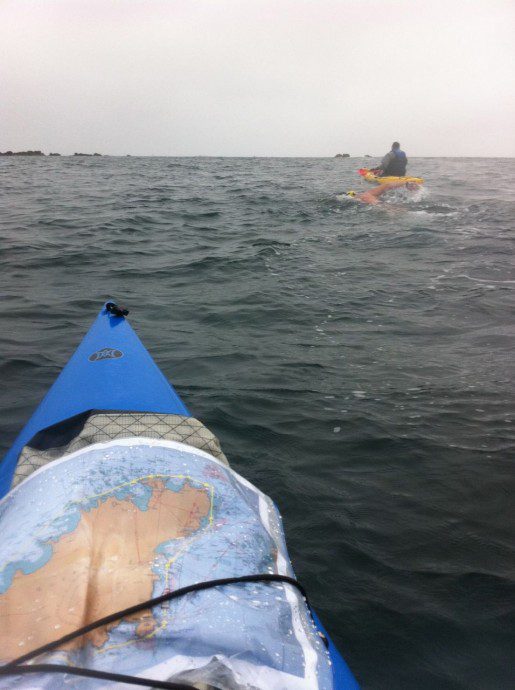 After a couple of hours, Ady was left in the water alone and like a trooper, he kept on taking one stroke after another and he ate up mile after mile. As we followed him down the coast, we used radios to keep in touch with the boat. We guided him through rocks, the shooting club stop shooting as he swam by and even the fishermen drew in their gear to let him pass.

My stint in the support effort was about 6 hours long and took me 12.6 miles around the island. It was the longest time I had spent without hitting the shore but I coped well and think I could have gotten round with a toilet stop or two! This is one area where I envied Ady in the water! My stop was on the causeway at Lihou Island where I met Dave. We carried the boat across the causeway, swapped some equipment and off he went to meet the others.

In all, the swim was going well after the change but as he headed down the south coast, the weather turned bad and the rain started to come down heavily. I was at the pub winning pork in a meat draw at the time but I did look out the window and spare a thought (a humorous one) for the guys on the water! The sea conditions became choppy, the swell started to become dangerous and ultimately the swim was aborted after 18.7 miles and over 10 hours.

Even though the swim was aborted, no one considers this a failure. It was a learning curve for us all, great training for us all, great fun for us all and I think all of us will be there to help when Ady has recovered enough to try again. Like the true gentleman he is, and thanks to his wife too of course, they provided curry and beer that evening for everyone to say thanks. The scary thing is that Ady seemed to be the most energetic one of us at the party.

It was a great attempt at something only two other people have done before and I think he’ll get it next time!