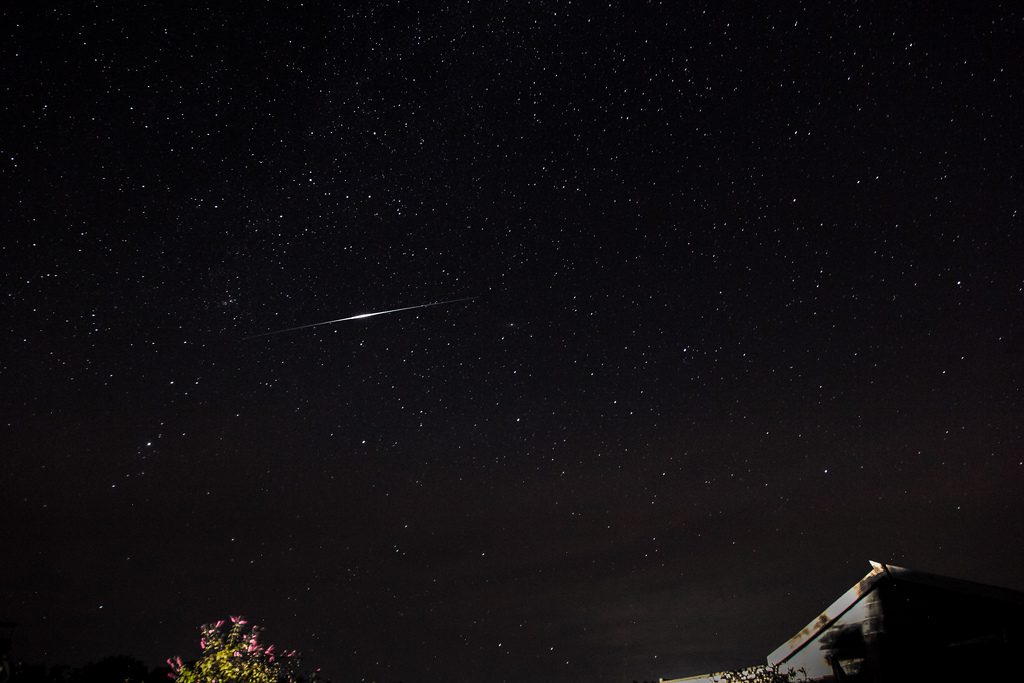 Wow, a year has passed since the last Perseid shower. For those that don’t know much about it, I gave a concise description in that linked post.

The Perseid meteor shower occurs every August when Earth encounters particles of dust and debris from the tail of a comet (109P/Swift-Tuttle) in its orbit around the Sun. When these particles collide with the Earth’s atmosphere, they burn up causing bright flashes and streaks in the night sky. This is a great time to be out looking for shooting stars!

The photos below were taken using the Canon 24-105 L on my my EOS 5D Mk2. 24mm is quite tight when attempting to catch the shower so I wonder if a wider angle would be better. Last year I used a modified 10mm but that had all sorts of distortion issues. I’ll be out again tonight but so far, these are my best shots. I’ve also put together another timelapse but I’ve decided to add some flair (music) to it this time so I’ll post that a bit later.

The only full shot on the evening. Shame about the neighbour’s fusion reaction spotlight that blankets at least 3 streets. 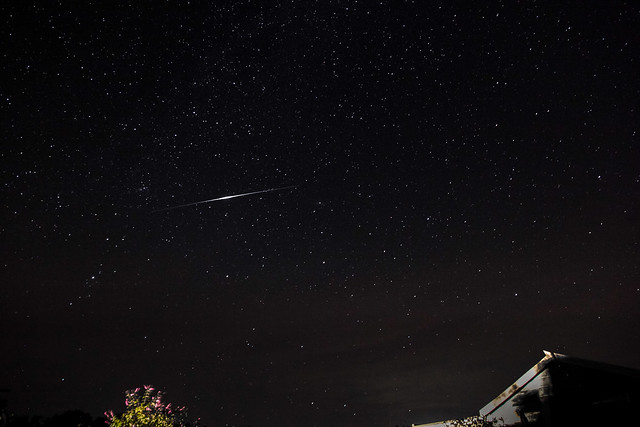 No meteor in this shot but its a great example of the Guernsey skies. 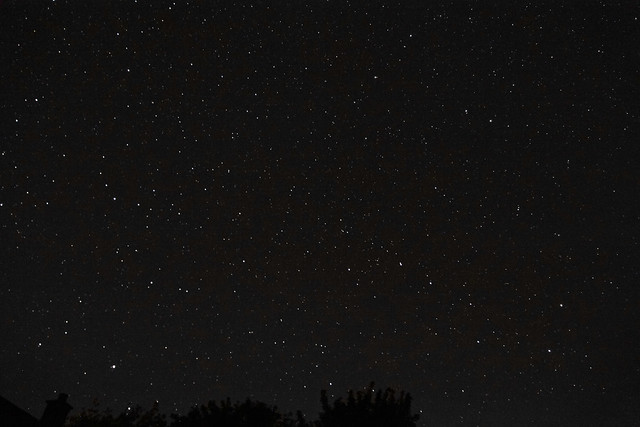 Need more cameras to cover all the sky. 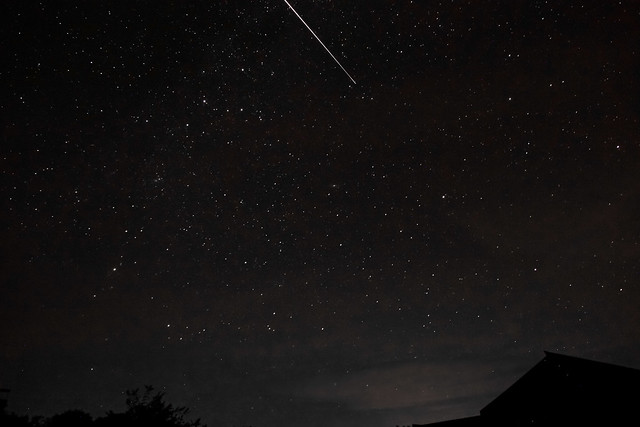