My iPhone will meet a new Milestone (Motorola Style)

The iPhone is one of my all time favourite devices. It changed the way I could do things on the move that were previously unthinkable or; at the very least, difficult. I might even go as far as saying that I actually love the iPhone! It really is great and I would hate to be without it which is why it’s time to step back and try something new.

Before I get distracted, I should explain that I live in an area that Apple does not actively sell into. We do not have “official” versions of the iPhone and Apple, technically, doesn’t even want us to use the iTunes Store. Maybe this is because we don’t pay VAT or maybe because Apple does it’s own thing without any clear logic quite often. Either way, if I wanted to upgrade to an iPhone 3GS, I would need to buy a Czech Republic model for over £700. That sounds great, but I had an issue with Apple recently that left me a little dissapointed. My current iPhone is a Czech version and it started developing some performance issues. When I went into the Apple store and saw a Genius, they said that since it is not a UK phone, they can’t do anything with it. If it had been, they would have replaced it. Now don’t get me wrong, I fully understand that point of view, but from my personal perspective, it’s not particularly beneficial.

I have therefore decided that I will do as I always do in moments of crisis and panic – run to Google for help! I am now awaiting the arrival of the new Motorola Milestone. At half the price of the iPhone 3GS, it won’t break the bank and it gives me the opportunity to see how far others have progressed during the 2 years I have only used the iPhone. 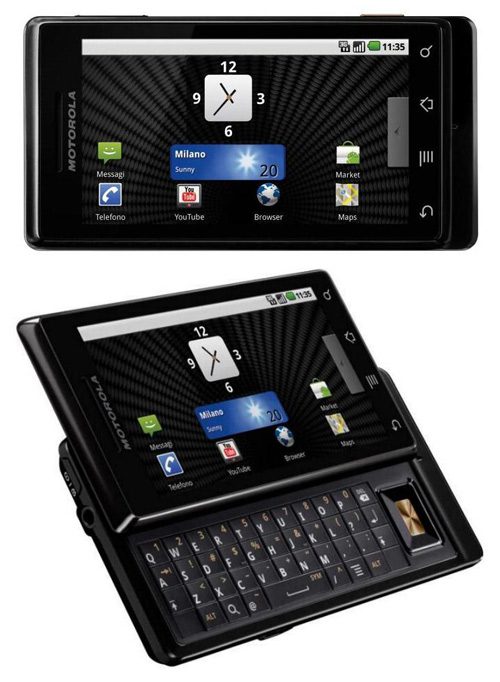 Another reason, probably the biggest reason ultimately is that I have an idea for an App that I would like to have a go at developing. With the open nature of Android and availability of tools, it was the platform of choice and I really need the hardware to go with it!

Anyway, I am quite excited by this and will be sure to write up my experience whether it proves to be good or bad! Fingers crossed that I have not just bought an expensive alarm clock! And to think, I swore I would never buy a Motorola again!