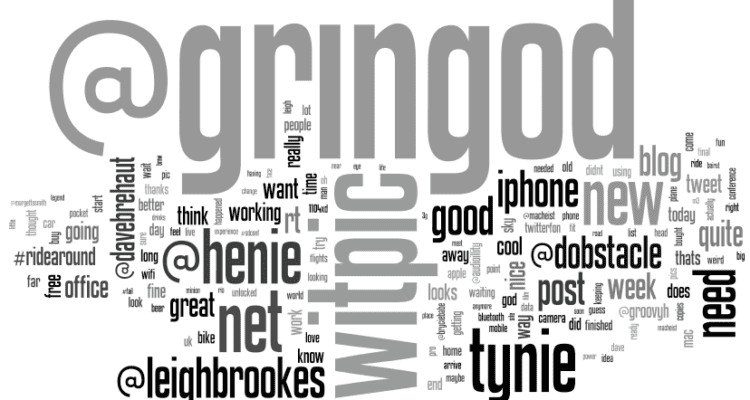 Tweeting the blog away

I can honestly say that the last few weeks have been the busiest in my life. Due to this, I have been making regular posts to Twitter but not writing on the blog. As such, the homepage is now full of Twitter updates. This looks messy, so I have decided to remove the weekly digest feature or this site will end up as a Twitter backup. If anyone want to see my Twitter history, just take a look at shanemarriott.com or Twitter!

The image above is a Wordle, a tweet cloud of my account. I think it’s easy to see who my original Twitter friend was! Here are few more variations on the theme!

This was quite interesting to play with but I then wondered about my Tweeting habits. When do I tweet? What time? etc etc. I used TweetStats to find out! This service gives you all the stats of your tweeting habit. It works right out the box and shows you what you need to see! This is my tweet density.

It looks like I mostly sleep between Midnight and 4AM… trying to remember those times when I wasn’t now! 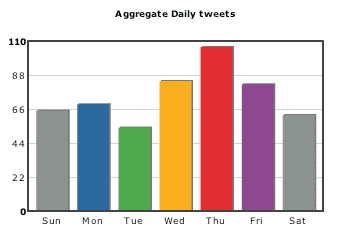 I was also interested to see which days were most popular. I have no idea what would make Thursday the most popular day for me! Perhaps the thought of Friday? 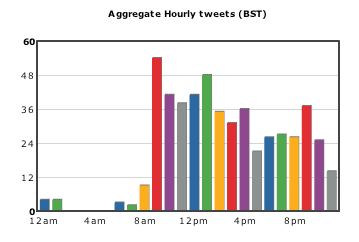 There are clear times when I get the urge to tweet something! Morning, Lunch and Evening! I can’t imagine I am most creative in the morning, so I must load Twitter and then reply to any tweets directed at me the previous night. Nice consistent tweeting though! I guess it is becoming a part of my routine now!

Now, to cover the fact I have not posted anything, I am going to finish off some other posts. That way, the Twitter digests can be pushed down the page a bit! To see my full TweetStats in their full animated glory, look here!