Exhaust and rear differential on the M3

After picking up the car, nearly every corner I drove around caused the rear LSD (Limited Slip Differential) to make a sound like a walrus mating. The previous owner had the rear diff oil replaced only three weeks previously by a local “non-BMW” garage. The documentation and receipts were included to back this up, but from some of the issues that were discovered after the purchase, I wonder what kind of people actually work in this garage and whether they even did the work they charged for?! 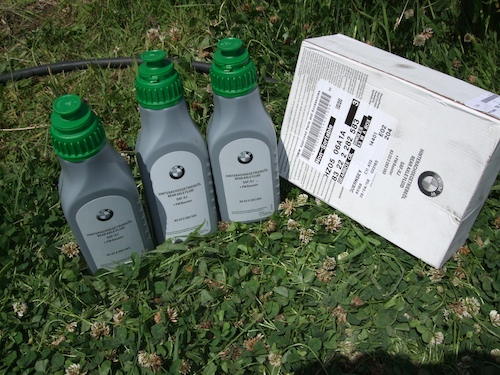 My initial thought was that they had used the wrong type of oil so I ordered some authentic BMW LSD oil with FM Booster (Part number: 83 22 2 282 583). When this arrived we jacked up the car and dived underneath to start draining the existing oil. This brought to light some interesting problems that I wasn’t expecting! 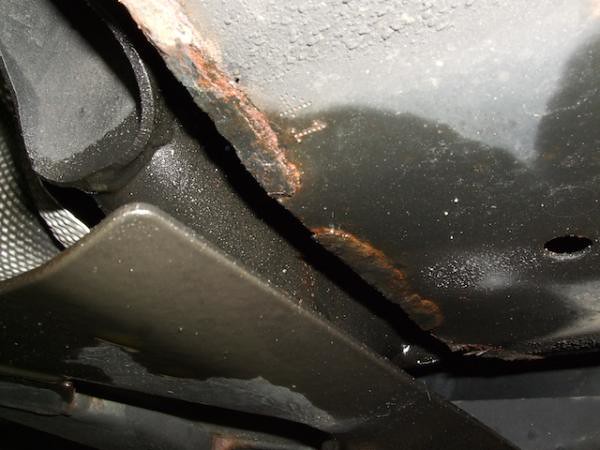 The rear diff was leaking oil from the main input shaft seal. Badly. There were actually drips coming from the seal and onto the lower strut-brace under the diff stabilizing frame. On closer inspection, we found that the radial oil seal was worn. If the garage had replaced the oil, they would have seen this problem and should have reported it. On the way out from underneath the car, M3HQ’s BMW qualified engineering director – Dave, discovered that the exhaust clamps connecting the centre section to the rear silencer had snapped. They were quite literally in two pieces which explained the extra sporty note my car was producing at high revs!! This probably happened because the bolts had been done up so tightly, the cast steel could not take the strain. 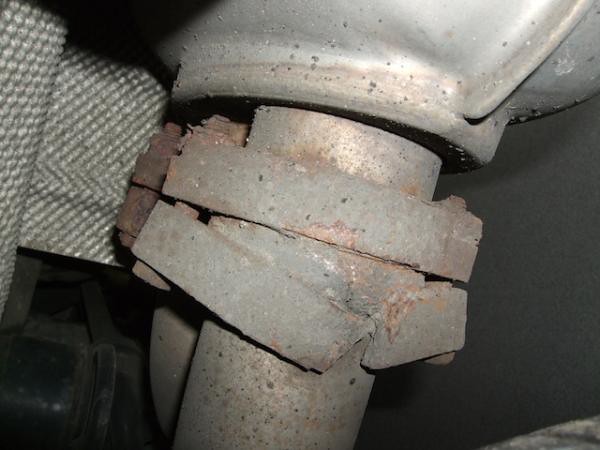 The first thing we did was remove the exhaust. By keeping the centre section and rear box together we hoped they could be welded in the correct position. As the rest of the exhaust system was fine it seemed daft to replace the whole thing before at least trying to fix it. 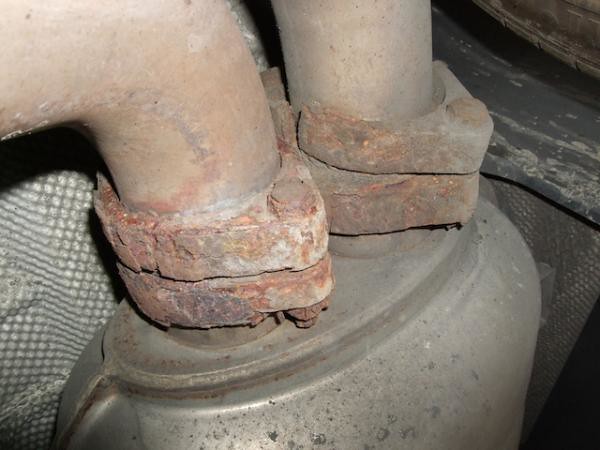 The exhaust went off to Dave’s brother-in-law who seemed the best chap for getting it welded (and a decent job he did too… thanks Russell!!). When it came back, we reinforced the welded area with fibreglass tape and firegum to ensure any potential gaps as a result of the welding would not leak. Due to the grade of steel used on the pipes and the carbon build-up inside, the welding proved to be a challenge. 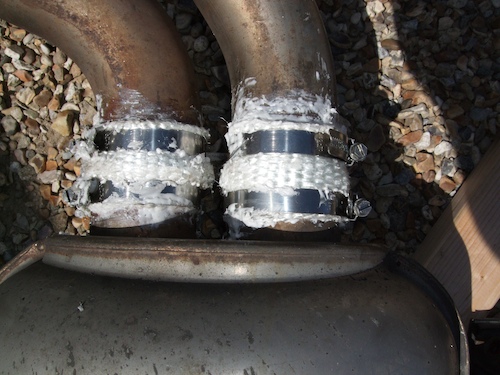 With the exhaust out, we removed yet more from under the car including the main heat shield. When the way was clear, the prop shaft was detached from the input flange allowing it to be removed from the pinion. Before removing the nut from the shaft, they needed to be punched so that we could realign them exactly later when they went back in. The number of turns had to be counted as it was removed – 10 for future reference. We then put on our marigolds and got to work cleaning the casing where the seal sits.

With a new seal and dust shield in place, the whole process was reversed. Pinion flange on, prop shaft on, heat shield on, oil in and finally refit the exhaust. Rectification of the underbelly … Done!

So far, no leaks but it is still early days. The exhaust is definitely quieter at high revs. Most importantly, the primary objective has been completed. The rear diff is now much smoother when driving and makes very little noise. I’ll update this page if anything changes!

If you want to see more pictures from this repair, check out the image gallery. 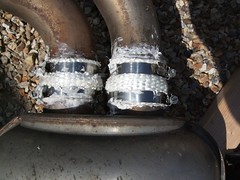 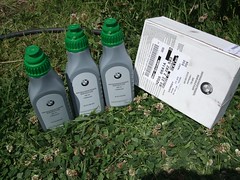 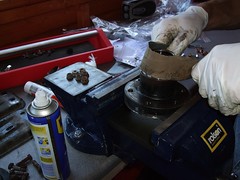 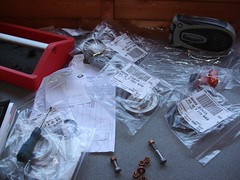 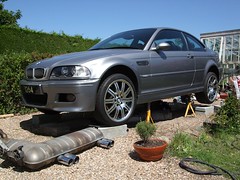 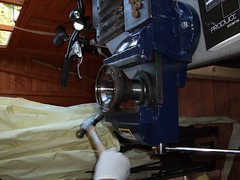 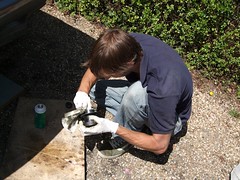 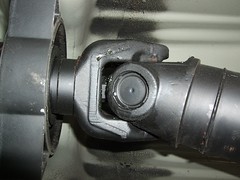 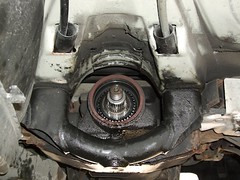 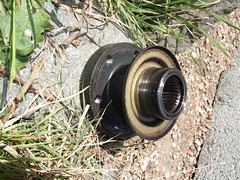 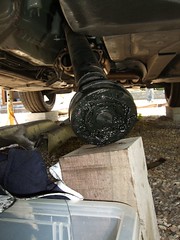 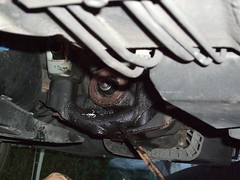 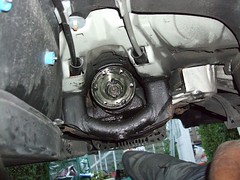 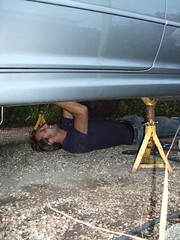 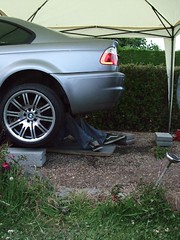 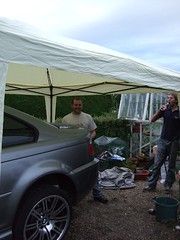 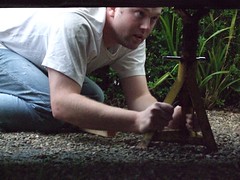 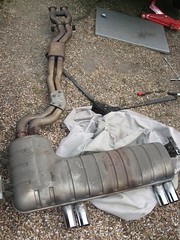 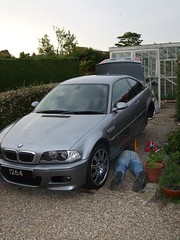 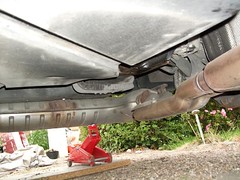