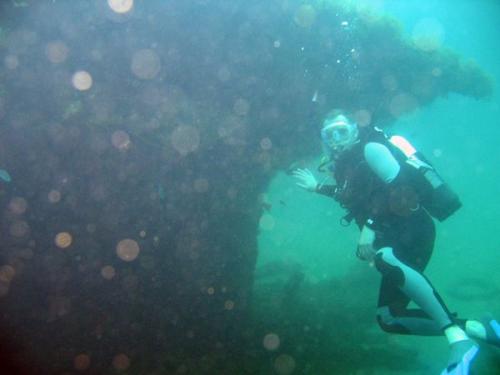 A few years ago, whilst on holiday in Malta, I had the opportunity to dive the wreck on the HMS Maori. This was written at the time.

This was the first day that we had seen rain in Malta and there was quite a dense cloud cover. This meant that the air was a lot cooler and the thought of actually going in the sea was not quite as appealing as it had been previously. The real downside of the rain is that it can affect the visibility in the sea because the dust and dirt runs off the streets and into the water. Luckily for us, the rain had been very light and so there were no problems in this department. 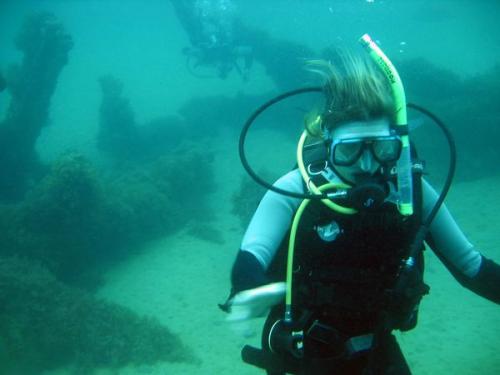 We slowly descended down to about 18m in the flat calm sea and made our way down the reef to the sand where the wreck lies. As with all dives in the med, the sea is full of life and it is great to take notice of the fish and other animals that exist on the seabed itself. We tried to spot the local seahorse but it was nowhere in sight which is a shame as no one had seen it for a couple of weeks which does not bode well for its well-being. The visibility was about 10m which is in fact very good for this location in the harbour. As you swim along the sandy bottom you eventually see bits of steel and wreckage lying about before a dark outline appears and emerges as the clear outline of a ship.

60 years on the seabed has taken its toll and it is now covered in life and the rusty red of the hull shows through in only a few small areas. We looked around the outside of the hull and swam through one of the outer sections. Inside is quite dark but you are very aware of the pipes and broken structure around you. Careful buoyancy control is needed so that you dont disturb any of the wreck as it could easily collapse due to its weakened condition. Most of the superstructure is in place and you can swim by the bridge and see into many of the holes and hatches. Looking into some of the more secluded areas reveals various form of coral life and a host of fish looking for food. The amount of life that evolves around these man made reefs is staggering and the ecosystems become so diverse that in the long run, it can only be of benefit to the environment.

As the wreck only consists of the bow section, the rear part is just a mass of twisted hull and supports. As you move forward you can clearly see the bridge and where the windows used to be as it is still in one piece. The guns and working gear are no longer on board but the turret bases and the main cleats are still attached.

We looked around for maybe half an hour before we slowly headed back up the reef to the shallow area near the shore so that we could do our safety stop. On a previous dive in this area, getting out was difficult because of the swell but with a flat calm sea today, we merely stepped out which was very welcome.

A brief history of the wreck:

The HMS Maori was launched in 1937 and saw considerable action throughout her short life- the Mediterranean, the Norwegian campaign, Atlantic convoys and North Sea duties prior to her return to the Mediterranean in order to attack Rommel’s supply lines and assist with the defence of Malta.

It was the HMS Maori that re-established radar contact with the Bismarck and brought about the ultimate destruction of the ship in 1941.
At 02:00 on 12th February 1942, the HMS Maori, whilst moored at the entrance to Dockyard Creek received a direct hit as a bomb exploded in her engine room and sank later that day. Unfortunately she was now a hindrance to shipping as she blocked almost the entire entrance to a number of the dockyards. She was raised and salvaged before being set down in the quiet backwater of St Elmo Bay and rests at 13-17 meters. 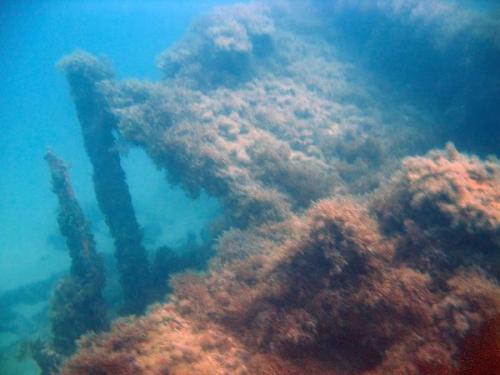 The guns have been removed and much of the superstructure is found beside the vessel on the seabed. The stern is a mass of damaged and twisted steel lying in very deep water but her bow remains accessible and is ripe for exploration.