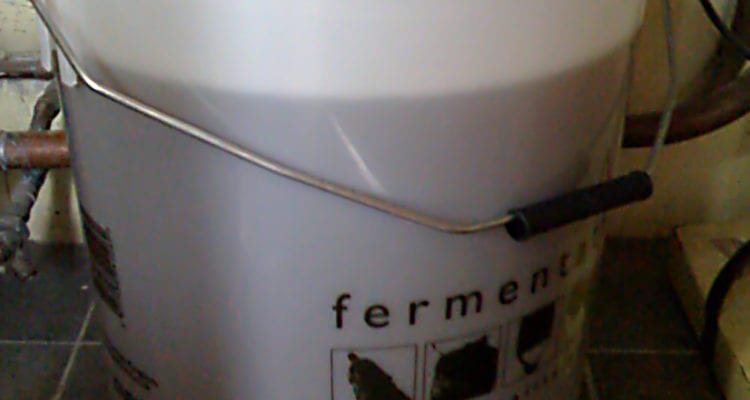 Build an empire on homebrew

With new opportunities around the corner and a big focus on my finances, I have taken steps to ensure I am not left without beer whatever happens! This may sound weird but, listen carefully, beer builds empires! If I plan to build my own empire… I need a solid foundation!

Beer has been brewed, in Europe, as far back as 3000 BC by Celtic and Germanic tribes. By the 7th Century AD, beer was being made and sold by Monasteries. Today, 135 billion litres are brewed each year around the world. My contribution will be about 23 litres (40 pints) to start with, let’s see where it goes from there!

There is a practical side to this chemistry experiment. Is it cheaper to brew my own? For example, when I go to discuss important matters in local public houses, I am charged around £2.50 for a pint of the miracle thinking juice!  To buy 40 pints at the pub will cost £100. The complete brewing kit I am using cost just over £50. This includes the fermentation bucket, ingredients, tools and a pressure barrel. If I never use the equipment again, the beer is going to cost half what it does in the pub… £1.25 per pint!

Let’s assume I do the sensible thing and start brewing some more as soon as the first batch is ready. Each time the overall CPP (Cost Per Pint) will reduce as I will not need anything, except ingredients. To save webspace lets just see what it will cost after 5 brew-ups!

That speaks for itself. The more beer I brew, the cheaper it becomes… I need to start drinking more 😉

The next question to answer is, will it be good enough to drink? This will be a task for a night in after the brew has finished. I will invite some friends guinea pigs to test it out and give me their comments! Expect that report in about 8 weeks!